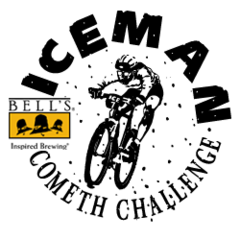 Below are the latest postings from the Iceman Cometh Challenge Page On Facebook.

This message is only visible to site admins
Problem displaying Facebook posts. Backup cache in use.

PPCA Error: Due to Facebook API changes it is no longer possible to display a feed from a Facebook Page you are not an admin of. The Facebook feed below is not using a valid Access Token for this Facebook page and so has stopped updating.

Let's do this. Sign up for free and support the League of Michigan Bicyclists and let's raise $25,000 for more safe places to ride and bike-friendly programs across the state! ... See MoreSee Less

We might not be racing on November 7, but the spirit of Iceman is alive and well! What is your favorite memory of the race? Share it in the comments and let's take a group ride down memory lane! ... See MoreSee Less

Keeping the Spirit of the Iceman Cometh Challenge Alive

The 2020 Iceman Cometh Challenge may be cancelled, but these athlete's stories keep the race spirit alive.
View on Facebook
·Share

The very first edition in 1990! Myself and 34 other individuals had no idea what the Iceman would become 30 years later! Had to convince my mom to drop me off in Kalkaska to ride back to Jellystone with a few strangers. I was 15 years old! I love Iceman!

About 7 years ago, i had a stupid fall trying to hook my ear coverings on my handlebars. Of course, i had told my kids they were from the dollar store and any trouble just fling them. Anyway, some guys passed me after that and said "don't worry you can't see anything". What!! I reach around to check and yep, hole in shorts on left butt cheek. Ugg- nothing to do but* soldier on, was a little tough mentally for a 55 year old woman. I love Iceman! I miss Iceman and can't wait til next year!

In 2019 the trail turned to mud and created an epic back up of racers. Had a great time getting to know the surrounding racers after 45-minutes of trudging through the mud. As soon as I could get on my bike, I pedaled furiously and kicked up a giant rooster-tail of mud for what seemed like 60 seconds while only moving a few feet. After finally rolling, a guy pulls along side me with his face and helmet plastered with mud. All I could see were the whites of his eyes and his smile as he said, “Dude, your tires really clear the mud well. What tires are you running?” I laughed all the way to the finish!

Notes from the best-laid plans! One of the ideas for the 2020 race was to have two start lines! Each chute would send off 30-50 person waves every six seconds, alternating so that riders would hit the woods every three minutes.

I think that is an amazing idea. Let's plan on it for next year!!

That’s a great idea. What did you have planned for the spot that created the ridiculous back up? Perhaps a fork in the trail that funnel racers into two equally mirrored trails?

I second that motion(idea). Then all you have to do is make it cold!

My idea is have a group of ten riders go off every 5 minutes, non stop. It would take about 41 hrs to send them all off. In wave 383, bring your lights.

Join our squad and #gobybike this month! We're getting a team together for the League of Michigan Bicyclists #bikeit Challenge. Add your bike commute miles to the tally!

Chad S. has ridden every edition of the Bell's Brewery Iceman Cometh Challenge, and you just know he'll be on the start line in 2021! Are you hoping for another SnowMan like in 1993? ... See MoreSee Less

Maybe some snow next year! Heck, every edition has been different from 64 degrees to 1 foot of snow! Long live the Iceman, well at least next year!

It would be awesome to have a Snowman version held in January.

I may ride the course that day! Great story being able to complete all of them so far!

Riding it this year whether official or not. Maybe we'll wait for snow, drink 10 beers, and take 4 hours doing it..but its happening.

I have a personal score to settle with iceman! Can’t wait for 2021!